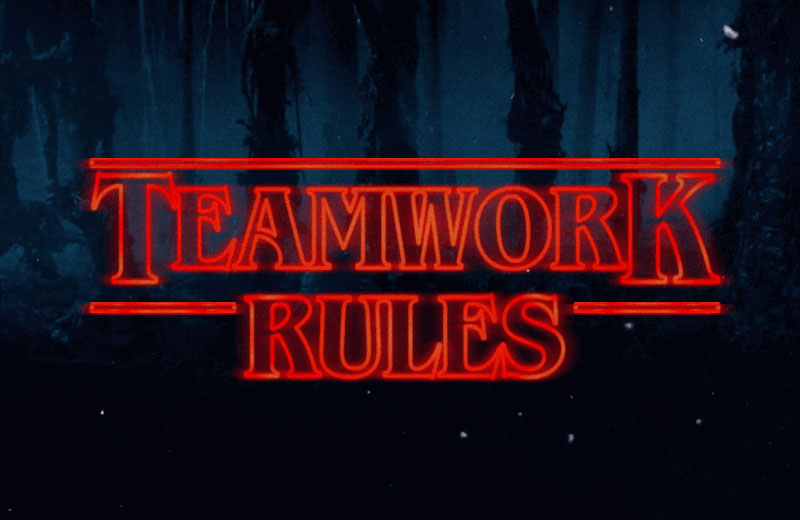 What Stranger Things Can Teach us about Teamwork

I love two things - watching TV shows and boosting productivity (after all, I’m the co-founder of the project management tool Casual.pm). I recently discovered that certain TV shows can teach us more, especially about teamwork, than business literature or professional seminars can. Yeah, even a show like Stranger Things. So, I have put together a list of 6 things you can learn from the characters of this insanely good show (disclaimer - yes, I am a huge fan).

I chose this show for a reason. It’s about a team that accepts a new member, overcomes conflict, challenges (very strange ones), and becomes stronger, so we can learn a thing or two from the Stranger Things crew. Here are 6 tips that I believe to be most useful.

1)Your team should have its own rituals

Like playing board games… Or using your own slang only you understand. This is important because it’ll give you something you can share outside of work. Also, this common interest will make you members of a secret society with its own set of rules and pool of knowledge.

Yes, I realise you don’t always want to bring newbies into your secret club, but sometimes they can give you a whole lot and become an irreplaceable part of your team. Even if they’re really strange. Lucas had the toughest time accepting Eleven but he eventually did.

This piece of advice came right from Captain Obvious, but still, we all break this rule. We often only listen to ourselves, not others. Eleven’s friends listened to her seemingly insane idea about Will still being alive and reaching him via walkie-talkie. They turn to Mr. Clarke, who tells them about parallel dimensions, and then the team takes action.

4)Don’t be afraid to support each other

Sometimes we’re hesitant to express our feelings and don’t show our support when someone really needs it. Don’t be. A good hug hasn’t killed anyone yet.

Don’t try to avoid conflict. It will arise anyway, and your goal is to learn to resolve it together. The Stranger Things crew made it through a big conflict. Eleven threw her friends off track to protect them, so Lucas pegs her as a traitor. Mike stands up for her, and Eleven winds up interfering and repels Lucas, who loses consciousness for a bit from the impact, when teleporting. This is a good example of a real conflict experienced by a team. Nevertheless, the team overcame it and improved as a result.

As for my team, we often try to avoid conflict at any cost. That’s not a solution, though. Sometimes both sides simply need to express their grievances and discuss them. Hopefully, nobody will get knocked out by a teleporter.

Once again, this is some advice from Captain Obvious, but we often give up when success is just a step away. In Stranger Things, a group of friends show that if you keep at it you can even pull your friend (Will) out of the other world. Our problems seem like a piece of cake compared to that!

I realise that these are funny tips from a show for teenagers (which we adults love anyway!) but they really work. As the co-founder of a project management tool, I often see teams making the same mistakes over and over again when working on their projects. So, I think that trying to learn something from the Stranger Things crew isn’t that bad of an idea after all.

Do you have any thoughts about the lessons you can learn from watching this show? Make sure to leave a comment!

About the author: Nick Nikolaiev is the Co-founder of Casual. He has been working as a digital project manager for more than 4 years.